There is More Than One Formula for Breastfeeding Success 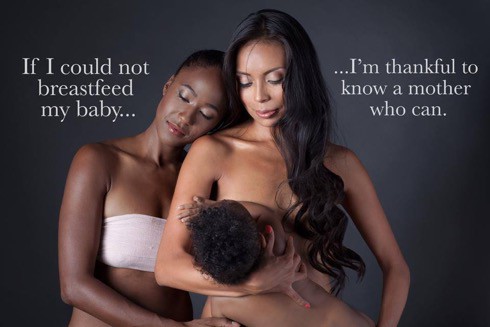 Breastfeeding saves lives according to researchers. A study headed up by Drs. Melissa Bartick and Alison Stuebe published in Maternal and Child Nutrition looks at all the research to date and concludes that it saves mothers as well as babies. Still, there is a steady drumbeat of criticism coming from scholars who insist that the benefits of breastfeeding are being oversold to the point of shaming women who cannot or who choose not to.

Advocates tout breastfeeding as a way to reduce infant mortality, lower risk of childhood diabetes and asthma, improve mother-child bonds, and even raise the child’s IQ.  Breastfeeding mothers have an easier time losing the baby weight while lowering their risks of some cancers.  And, for many women, breastfeeding simply feels good.

But initiating breastfeeding can be challenging. Sticking with it, even more so.

When I adopted my son 10 years’ ago, I induced a milk supply with a hospital-grade pump. The slight spray eventually gave way to a steady stream, nudged along by my off-label use of anti-nausea drug domperidone and a natural increase in the lactation-boosting hormone prolactin brought about by my baby’s nursing.  I supplemented my own supply with donated breastmilk from a hospital-affiliated milk bank. And friends gave me their extra unpasteurized, antibody-rich milk.

Surrogates sometimes pump and ship their “liquid gold” to the new parents to give the child the best nutrition. Modern-day wet nurses use Facebook to advertise premium childcare that includes nursing-on-demand. Friends, sisters, and sometimes mothers and their adult daughters, work opposite hours so that they can trade children and nursing duties.

Breastfeeding without boundaries is not just for the organic-only—cloth diapering—anti-vaccination set, who tend to be both white and middle class. Atlanta breastfeeding “lactivists” run the aptly named consortium Chocolat Milk, which connects breastfeeding black women on public assistance who have an excess milk supply with their community counterparts who struggle to produce enough.

I am a sociologist as well as a mom. I talked with breastfeeders around the country. I found that some lesbian couples are sharing the breastfeeding of their children, happily splitting the workload. Often one of the parents is allowing the child to suckle for comfort even in the absence of milk production. They innovate because, like all parents, they want to nourish and nurture their children the best way they can.

And some men are choosing to “chestfeed” a term coined by transgender men who had top surgery and then later gave birth. Chestfeeding may include suckling or it could refer to skin-to-skin contact while feeding with a bottle or supplementer at nipple level. The parents may not provide the milk from their bodies but they report feeling connected to their child.

Still others choose to pump exclusively due to inverted nipples, their baby’s weak suck reflex, or the mother’s psychological discomfort with breastfeeding (sometimes resulting from previous sexual abuse). These parents provide the milk and the love, they say, just not the breast.

U.S. breastfeeding rates lag behind other Western countries where there is more support for new parents like paid time off. Still, pro-breastfeeding ad campaigns and hospital rooming-in initiatives meant to increase American breastfeeding rates are working. The CDC reports that 79% of mothers initiate breastfeeding, even if slightly less than half are still doing so when the infant is six months old. These numbers represent a steady increase over the past several years.

Now that parents are convinced that “breast is best,” after nearly of century of formula’s primacy, let’s be more open and inclusive in our public health advocacy and health policy.

There are valid concerns about the safety of shared milk and worries about peer-to-peer sharing undercutting milk bank donations. Recipients and donors find ways to establish trust, though, and recipients may test or flash-pasteurize the milk themselves. The milk banks, a more orthodox option, are insufficient. They have stringent acceptance standards and they cannot supply enough to meet demand.

With few elders around with breastfeeding know-how, many parents have to outsource support. Lactation counselors should not only be teaching the how-to’s but also learning from creative, “exceptional” breastfeeders. These sharing, co-feeding, chestfeeding, exclusively pumping parents prove that there are many ways to succeed at “breastfeeding.”

This site uses Akismet to reduce spam. Learn how your comment data is processed.